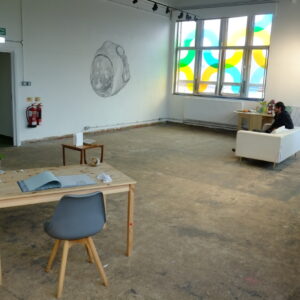 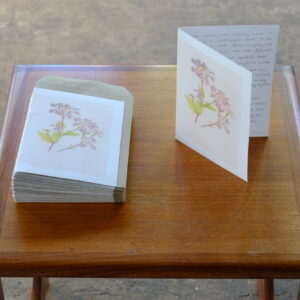 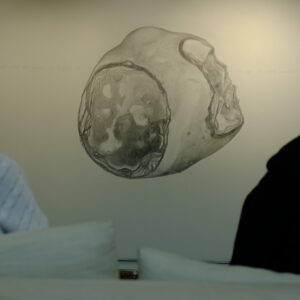 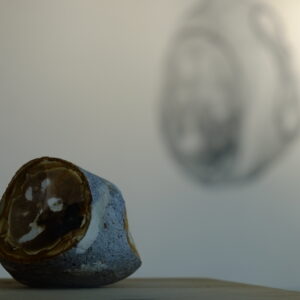 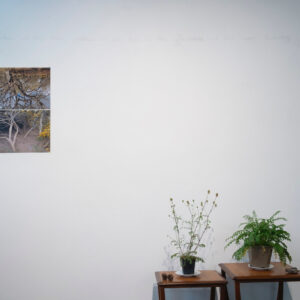 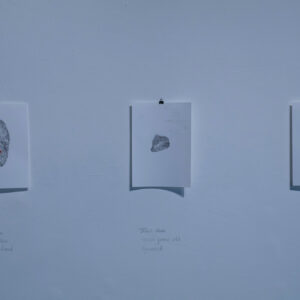 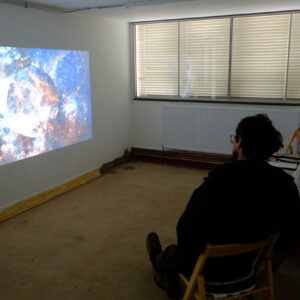 Mahal de Man is a Dutch artist and lives and works in London. She graduated from BA Fine Art at Royal Academy of Art, The Hague (2012). Mahal often works with text, drawing and collage to layer, label and archive images and thoughts. Her work is about capturing a sense of connection and continuity. She has an interest in objects and stories that give us a sense of place or purpose, like tools (stone age and modern) and art objects; and objects that appear time-less, like mountains, rocks and celestial bodies.

Following exploratory walks along the coast at Aldeburgh and Covehithe last December, some themes emerged, namely; (un)cover, erosion and re-tracing. (Un)Cover refers to the layers of sediment visible along the coastline that record the passage of time. What was buried or formed many years ago is now slowly emerging. Erosion refers to the crumbling and washing away of the coastline, at a noticeable pace. Re-tracing refers to following the footsteps of people before us. Whether that is walking along the coastline today, finding flint and other rocks on the beach like they would have, or examining flint tools made by artisans so many lifetimes ago. Mahal developed these themes over the coming weeks of her residency. A showcase of her work took place on 14th and 15th May 2022 in the project space.

Object displayed in Mahal’s studio were:

A drawing of a flint handaxe (Lower-Middle Palaeolithic) found in Dunbridge, Hampshire, made in April 2022 at the British Museum study room.

A book made last summer to coincide with her Tannery Projects Billboard Commission, which was a response to the pandemic.