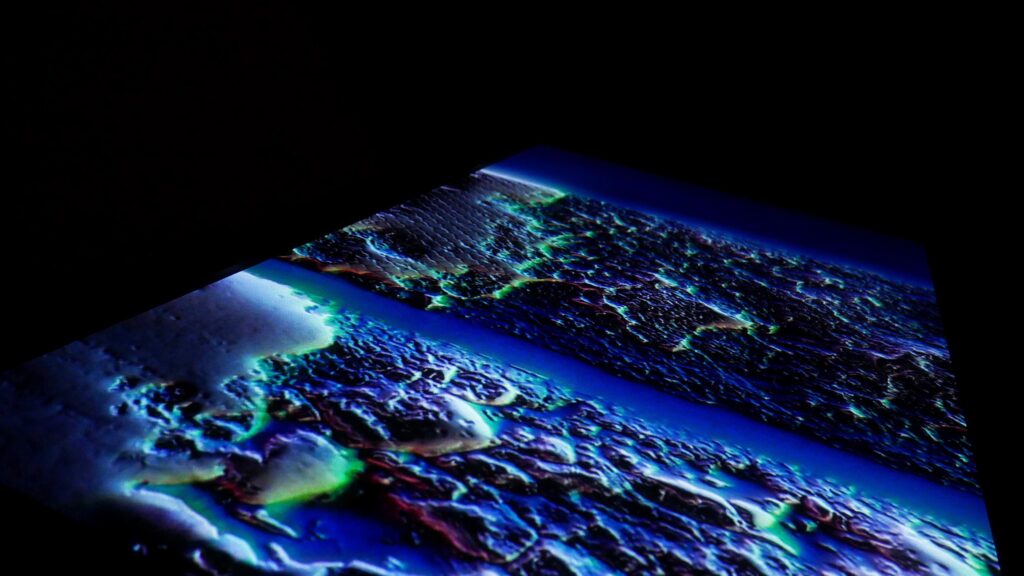 Henry Driver exhibits the trailer for Secrets of Soil, an immersive video journey inspired by his family’s attempts to make their farming practices carbon negative. He presents a visually striking view of the world beneath our feet and explores his thoughts around how it would be possible to better care for and preserve it. The interactive piece can be experienced on your smart phone or tablet by scanning the QR code at the end of the trailer, or via: https://store.steampowered.com/app/1610820/Secrets_Of_Soil/

The Mimic series is inspired by industrial architecture and nature, with the first work in the series being developed during a graduate residency at Norwich shoe factory for the Sainsbury Centre for Visual Art, Norwich. New entries were then created during Henry’s time on alt.barbican, an incubator for innovative tech artists. Artworks in the Mimic series have been shown globally in Montreal, Seoul, London (Barbican), Taipei, Yokohama and Montemor-o-Velho.

Henry Driver is a young artist based in Suffolk. He has shown work across the world in Japan, Canada, Australia, Germany, Denmark, Portugal, South Korea, India, and Taiwan. While in the UK, Driver has shown at Tate Britain, Tate Liverpool, Barbican and The Whitechapel Gallery.